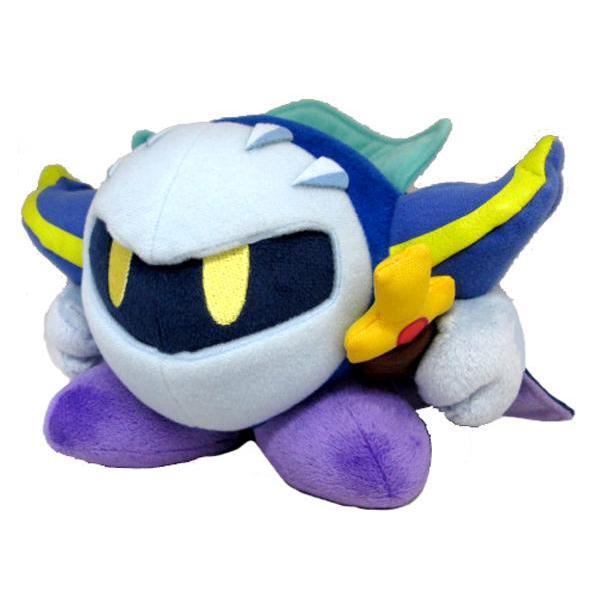 San-ei’s All Star Collection plush series features a beautifully detailed version of Meta Knight! Some of the highest-quality officially licensed Nintendo plush on the market come from this lineup. Every plush is constructed out of super soft ‘minky’ fabric and weighted with beans to help them sit/pose.

Meta Knight is a major character in the Kirby series, appearing in most of the games, the manga, as well as the anime. The intrigue and popularity surrounding Meta Knight within the Kirby fandom largely lies in his shrouded motives and his mysterious yet striking likeness to Kirby himself. Meta Knight is also the leader of an army of soldiers known as the Meta-Knights, and captains a large airship called Battleship Halberd, which may accompany him into the heat of battle. Although Meta Knight first appeared in Kirby’s Adventure in 1993, his true name was not known in North America until Kirby’s Avalanche was released in 1995.