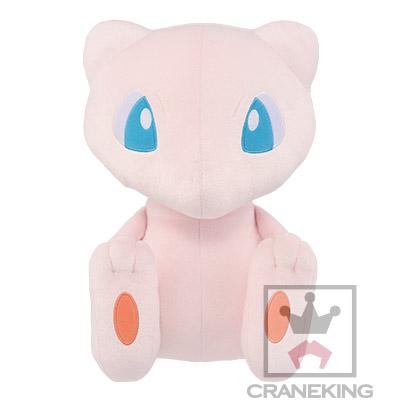 Mew gets an adorable new addition to the popular Pokemon Focus plush lineup by Banpresto!

The Pokemon Focus lineup by Banpresto depicts your favorite Pokemon in plush form. Banpresto has a variety of different lines for Pokemon plush that introduce unique fabric textures, poses, themes, or chibi-like proportions. This lineup instead sticks to a traditional depiction of the Pokemon in natural form!

Mew is said to have the DNA of every single Pokémon contained within its body, allowing Mew to learn and use any attack. Reports found in Cinnabar Island’s Pokémon Mansion note scientific expeditions that have sighted Mew in Guyana, South America, the place where it was first discovered. Since Mew can make itself invisible at will, very few people have knowingly seen it, leading some scientists to declare it extinct and most to assume it to be a mirage. It will only show itself to a person who is pure of heart.