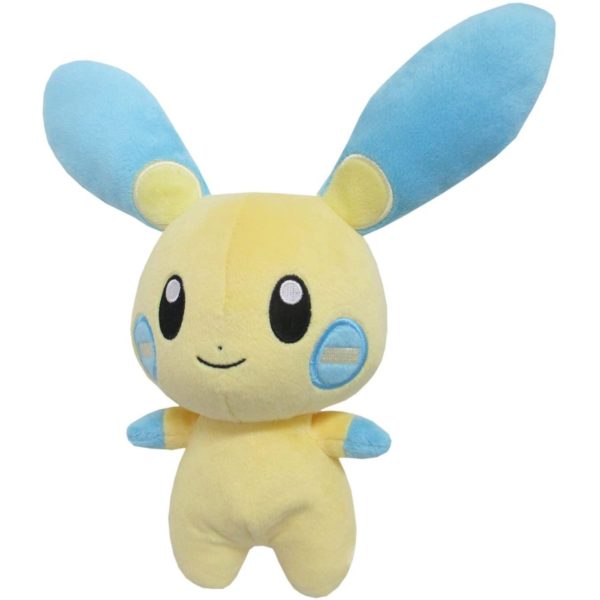 San-ei’s Pokémon All Star Collection plush series features a beautifully detailed version of Minun! Some of the highest quality Pokémon plush on the market come from this lineup. Every plush is constructed out of super soft ‘minky’ fabric and weighted with beans to help them sit/pose.

Minun is cream-colored bipedal Pokémon with blue markings. It has a dot-like nose, and a cream-colored minus sign in the middle of its circular blue cheeks. It has long, flat ears that are mostly blue. Its limbs are stubby and digitless, and it has blue front paws. Its short tail is tipped with a blue minus sign. Minun cares more for its teammates than itself, sending off showers of sparks when it cheers for them. When its partner is in trouble, it gives off increasing amounts of sparks. It can create electric pom-poms for cheering. Its electrical current promotes blood circulation and energizes its target. It lives in grasslands and savannas. However, it will hide under the eaves of houses when it rains due to its dislike of water.