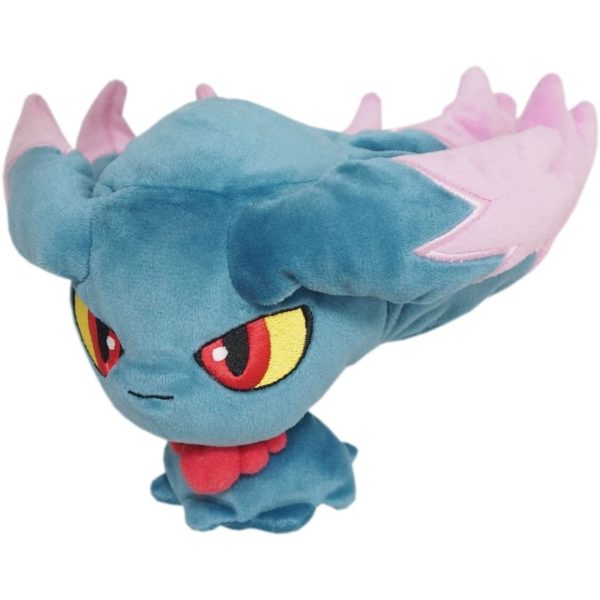 San-ei’s Pokémon All Star Collection plush series features a beautifully detailed version of Misdreavus! Some of the highest quality Pokémon plush on the market come from this lineup. Every plush is constructed out of super soft ‘minky’ fabric and weighted with beans to help them sit/pose.

Misdreavus is a dark bluish-green, ghost-like Pokémon. While it has no visible arms or legs, its lower half has several small appendages and resembles a ruffled dress. It has several round red gems around its neck, which are used to absorb fear and use it as nourishment. It has long, flowing lilac-tipped “hair”. Misdreavus’s large, red eyes have yellow sclerae. Misdreavus lives in caves. As a nocturnal Pokémon, it spends its days sleeping in darkness and its nights startling people with mischievous tricks. Since it loves watching frightened people, it is known to yank and bite at people’s hair or sneak up on them and cry and shriek. Previously, it was the only known Pokémon that could learn Pain Split by level up. In the anime, Misdreavus is shown to be able to use its “hair” to grasp objects and other Pokémon, as it were a pair of hands.