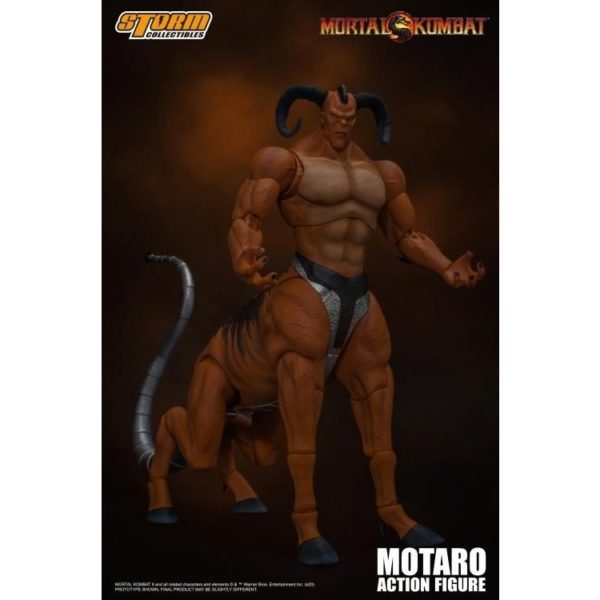 Motaro is a centaur-like creature with ram-like horns and a long metallic rat-like tail—called a Centaurian—and is a mighty enemy, as he has an absolute immunity to projectile attacks and even repels long range attacks back at his opponents.

Storm is excited to unveil a fan-favorite Kombatant from their incredible lineup of Mortal Kombat figures: Motaro!

Standing approximately 9.4 inches tall in his 4-legged glory, Motaro has got it all for your display. Multiple head and hand parts, a flame projectile, and even a fully articulated bloody skeleton are included to indicate his victory over his poor opponent!