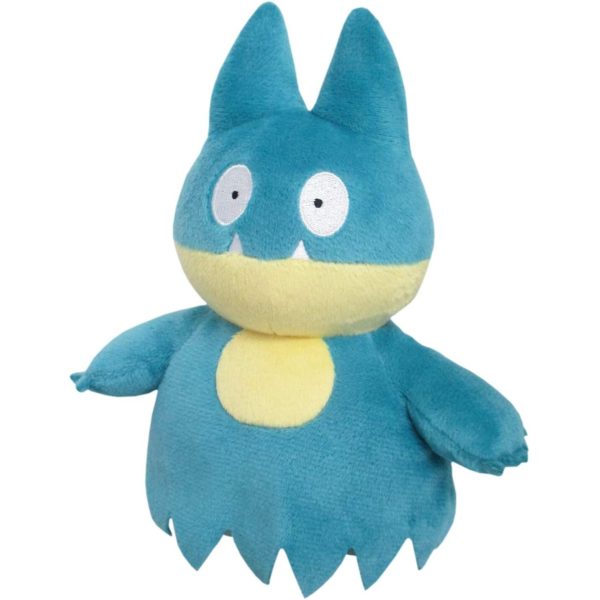 San-ei’s Pokémon All Star Collection plush series features a beautifully detailed version of Munchlax! Some of the highest quality Pokémon plush on the market come from this lineup. Every plush is constructed out of super soft ‘minky’ fabric and weighted with beans to help them sit/pose.

Munchlax is a teal Pokémon with a cream spot on its chest. Its round head is teal in the top half and cream on the bottom half. It has big, round eyes and large pointy ears. It has five-fingered hands and cream feet with three clawed toes. The fur close to the bottom of a Munchlax seems to resemble a dress. Munchlax has two pointy teeth that stick out of its mouth even if closed. It is a hyperactive Pokémon. It does not mind walking and running from place to place as it looks for food, but it is usually very slow moving. Munchlax tends to store food in its long fur, although it sometimes forgets about its hidden food. Its stomach allows it to eat nearly anything, even rotten food, and is indifferent to flavor. It can also eat many servings of food at a time without chewing, and rarely gets full. It eats the most food of any Pokémon besides its evolution, Snorlax.