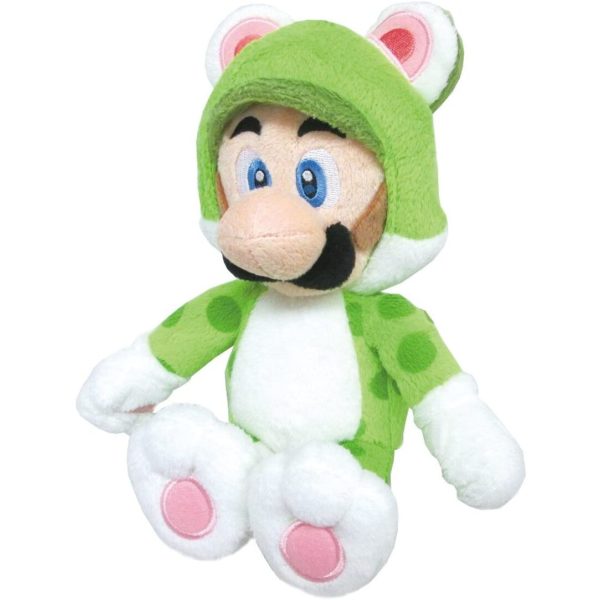 San-ei’s All Star Collection plush series features a beautifully detailed version of Cat Luigi! Some of the highest-quality officially licensed Nintendo plush on the market come from this lineup. Every plush is constructed out of super soft ‘minky’ fabric and weighted with beans to help them sit/pose.

Cat Mario is a power-up featured in Super Mario 3D World. It can be used by Mario, Luigi, Toad, Rosalina, Bowser, and Peach when they get a Super Bell. As Cat Mario, Mario and the others are able to climb up walls for a limited amount of time. They are also much more agile and run on all fours. This also gives them a bit more running speed. They also take on a shorter posture, allowing them to sprint through spaces which would normally require crouching to move through. Cat Mario can perform a scratching attack that works in close range, similar to Tanooki Mario’s tail whip attack. While in the air, Cat Mario can perform a diving attack in which he pounces down at an angle.