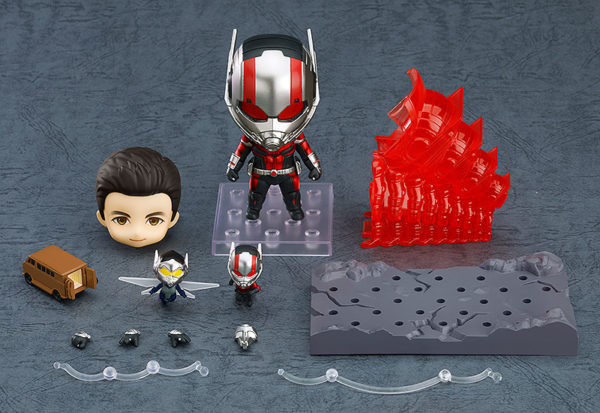 From “Avengers: Endgame” comes a DX Nendoroid of Ant-Man!

The DX version also includes effect parts to recreate scenes of him growing from miniature size, a special Nendoroid base to recreate the final scene from the film and a miniature version of the brown van! Be sure to add him to your collection!”