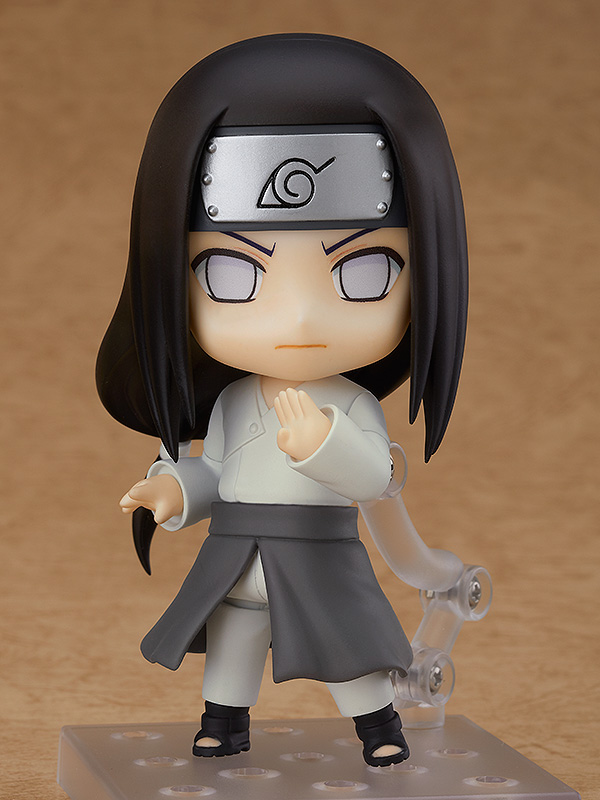 From the popular anime series Naruto Shippuden comes a fully articulated Nendoroid action figure of Neji Hyuga! He comes with three face plates including a standard expression, a combat expression from when he activates his Byakugan and a composed smiling expression. An 8 Trigrams sheet that can be placed on the stand base and a Eight Trigrams Sixty-Four Palms effect part are included. Enjoy combining his parts to create all kinds of poses from the series! Be sure to display him with Nendoroid Hinata Hyuga (sold separately) and other Nendoroids from the Naruto Shippuden Nendoroid series!