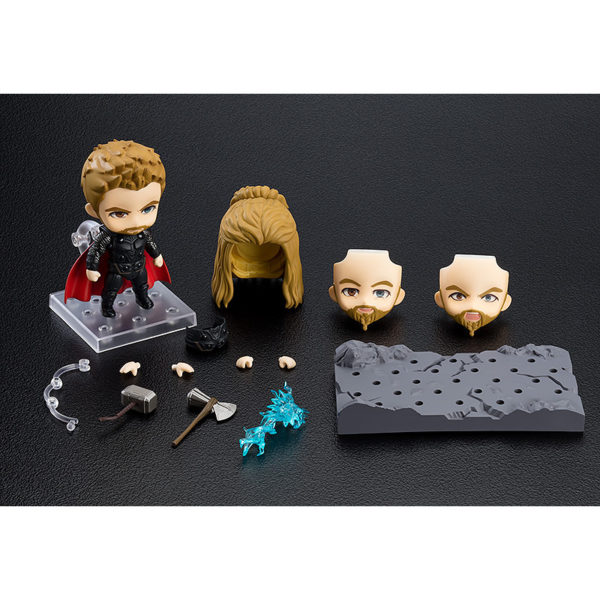 A DX Nendoroid of Thor from “Avengers: Endgame”!
From “Avengers: Endgame” comes a rerelease of the fully articulated Nendoroid of Thor! Thor has been carefully recreated right down to the different colors of his eyes.
He comes with Mjolnir, Stormbreaker and lightning effect parts, allowing you to recreate scenes from the final battle with Thanos. Additionally, Mjolnir and Stormbreaker can be displayed on independent support arms, making it easy to display Thor summoning his weapons back to him.
The DX set includes a two additional face plates⁠—a playful smiling expression and a cool shouting expression. A Nendoroid body attachment part is also included, allowing you to display him as the iconic “”Fat Thor”” from the film.
A special base for recreating the final scene from the film is also included, and can be displayed side-by-side with the bases included with Nendoroid Iron Man Mark 85: Endgame Ver. DX and Nendoroid Captain America: Endgame Edition DX Ver. (sold separately). Be sure to add him to your collection!