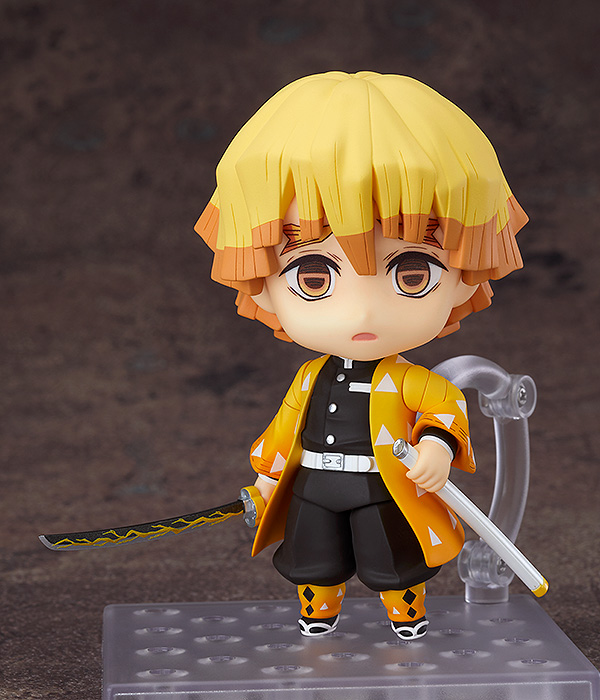 Optional parts include his Nichirin Blade along with interchangeable bent legs parts and effect parts to recreate the moments immediately before and after unleashing his lightning-fast Thunder Breathing First Form: Thunderclap and Flash attack. Enjoy recreating poses of him while fighting demons along with more comical everyday situations! Be sure to add him to your collection!