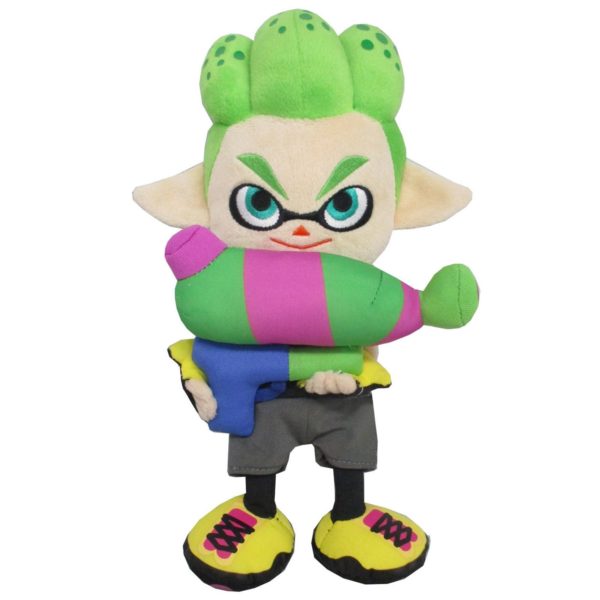 San-ei’s All Star Collection plush series features a beautifully detailed version of one of the Inkling boys from Splatoon 2! Some of the highest-quality officially licensed Nintendo plush on the market come from this lineup. Every plush is constructed out of super soft ‘minky’ fabric and weighted with beans to help them sit/pose.

Inklings are evolved species of squid that came to be after rising sea levels sunk human civilization. Circa 2000 years before the events of Splatoon, the Inklings crawled up to what little habitable land there was left on the planet. The lack of space forced the Inklings to fight for whatever territory they could find, and the Turf War as a concept was established. The original Turf Wars were overseen by Judd, who was cryogenically frozen by his human owner before the Earth was flooded. 100 years before the events of Splatoon, the Inklings and the Octarians engaged in a Great Turf War after otherwise having good relations, but rising sea levels caused them to fight over the remaining territory. A young Cap’n Cuttlefish and the Inklings won, forcing the Octarians to retreat into Octo Valley.