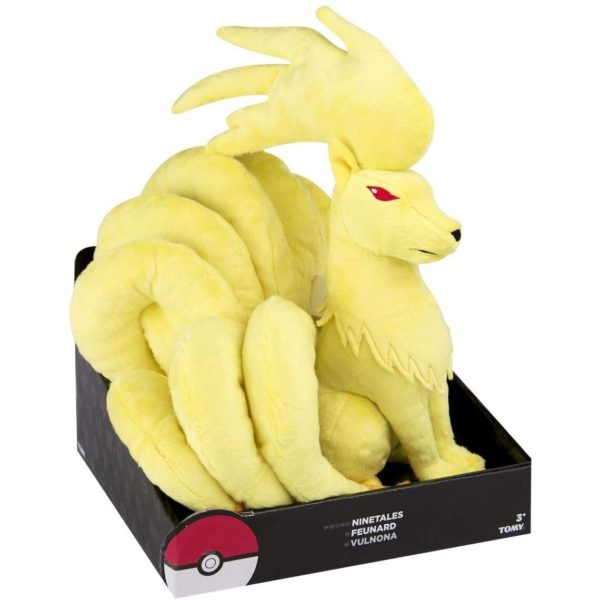 TOMY brings together affordability and size with this soft plush of Ninetales!

TOMY brings together affordability and size with this soft plush of Ninetales!

Ninetales is a fox-like, quadruped Pokémon covered in thick, luxurious golden-white fur. It has a small mane of thicker fur around its neck and a long, fluffy crest atop its head. It has slender legs with three-toed paws and nine, long tails with pale orange tips. It has red eyes, pointed ears, and a triangular black nose.

While intelligent enough to easily understand human speech, Ninetales is a very vengeful Pokémon that has been known to curse those who mistreat it. It can live for 1,000 years due to the energy within its nine tails, each of which is said to have a different mystical power. Flames spewed from its mouth can hypnotize an opponent and its gleaming red eyes that are said to give it the ability to control minds. The anime has shown that it can swim. Being the result of an evolution via Evolution stone, Ninetales is rarely found in the wild, though they can be found in grasslands.