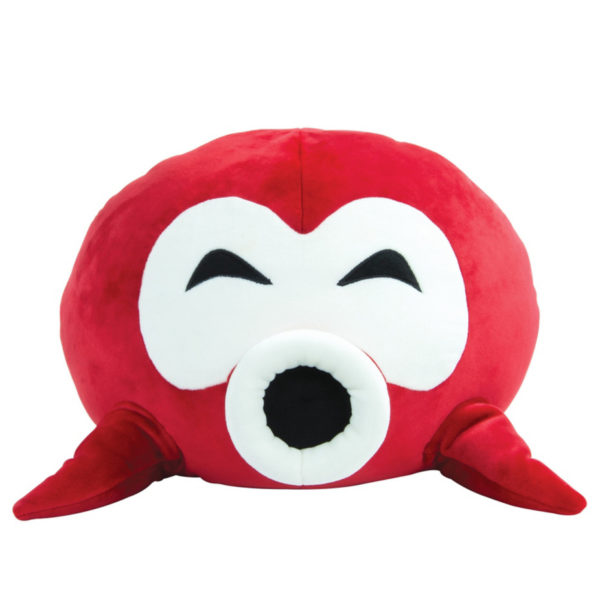 Watch out for incoming cuteness with the launch of The Legend of Zelda’s Octorok, from Club Mocchi- Mocchi-!  Designed in Japan, Mocchi- Mocchi- is super soft and huggable! Unlike other ordinary plush, it has a unique squishy texture and is super soft to touch. The Legend of Zelda series features fan-favorite characters from the iconic Nintendo® games. Collect them all!

Octoroks are octopus-like monsters best known for their method of attack; shooting rock projectiles from their cylindrical snouts in short intervals. They are common in Overworlds such as Kingdom of Hyrule, but occasionally appear inside Dungeons. The characteristics of Octoroks and their method of attack varies from game to game, as does the habitat in which they are encountered. In their two-dimensional appearances, Octoroks are generally land-dwelling creatures that slowly crawl and occasionally shoot rocks. They usually appear more porcine or spider-like and are one of the more common and weaker enemies in the games. They can be defeated by any conventional weapon, such as the Sword, Bow and Arrow, Bombs, or Boomerang.