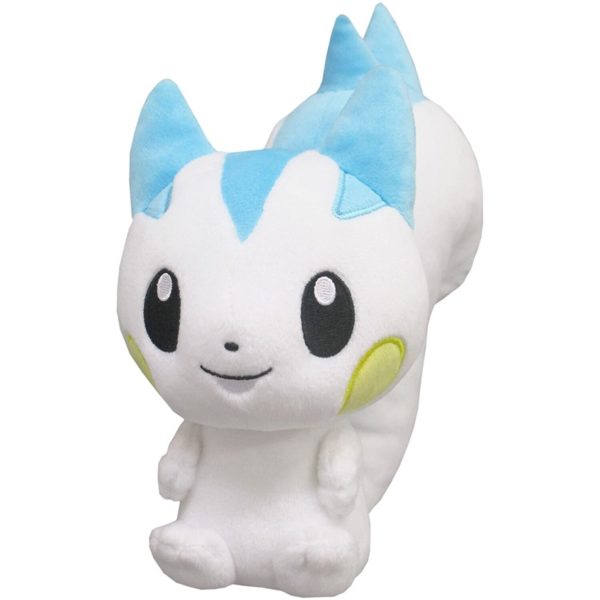 San-ei’s Pokémon All Star Collection plush series features a beautifully detailed version of Pachirisu! Some of the highest quality Pokémon plush on the market come from this lineup. Every plush is constructed out of super soft ‘minky’ fabric and weighted with beans to help them sit/pose.

Pachirisu is a small, white squirrel-like Pokémon with a faint blueish tint and a light blue stripe starting from its forehead and goes all the way down to the tip of the tail. A female Pachirisu’s blue stripe is shorter than a male’s. A large white tooth grows out of its mouth. It has deep gray eyes and a yellow circle on each cheek. Its tail is almost twice as big as its body, with three spikes at the top of the curl, which it can use to shoot charges. Though its arms and legs are very short, it can run incredibly fast, enabling it to tire pursuing Pokémon out quickly. It has a great amount of electricity flowing in its body. If it builds up enough charge, it may shock other Pokémon.