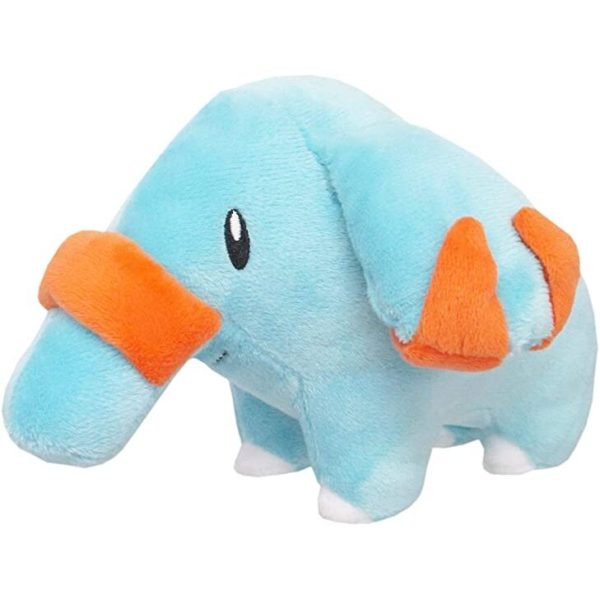 San-ei’s Pokémon All Star Collection plush series features a beautifully detailed version of Phanpy! Some of the highest quality Pokémon plush on the market come from this lineup. Every plush is constructed out of super soft ‘minky’ fabric and weighted with beans to help them sit/pose.

Phanpy is a small, blue elephant-like Pokémon. It has large, floppy ears, which it uses as fans to cool itself. There are two red pads on each ear and another on the bridge of its short trunk. This small trunk is sensitive, yet strong. It can send a person flying with an affectionate, playful bump of its snout. Additionally, this little Pokémon is easily capable of carrying an adult human on its back. Phanpy has a single nail on each of its four feet, and a short tail. Phanpy is found in rocky terrain. To make its nest, it digs a vertical pit near the edge of a river. It displays ownership of this area by marking it with its trunk. In the deserted morning hours, Phanpy uses its trunk to shower in the river. Sometimes, groups of this Pokémon form and soak each other thoroughly. Afterwards, it can be seen drying its body near the edge of the river.