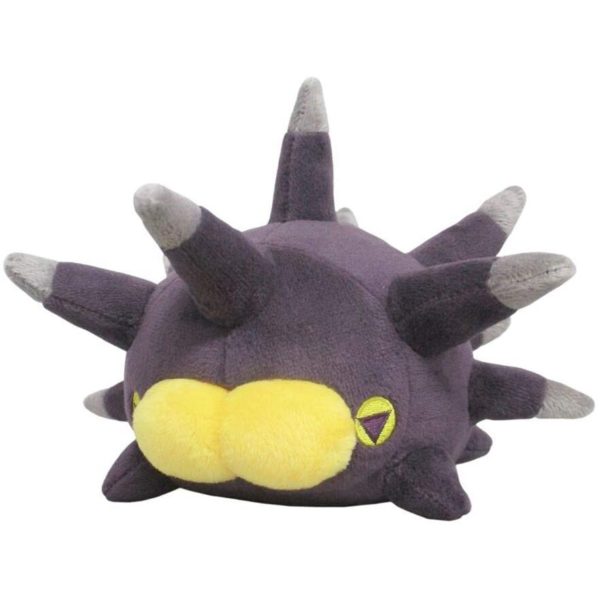 San-ei’s Pokémon All Star Collection plush series features a beautifully detailed version of Pincurchin! Some of the highest quality Pokémon plush on the market come from this lineup. Every plush is constructed out of super soft ‘minky’ fabric and weighted with beans to help them sit/pose.

Pincurchin is a marine, sea urchin-like Pokémon with a black body. Its face has two yellow eyes with black, triangle-shaped pupils on each of them; and two yellow, circular mouthparts. A line of sharp spines runs down its back, along with two other lines of two spines each on the side of its body. Each spine has a grayish tip which glows yellow when electric current runs through it.
Pincurchin stores electricity in each spine, which flows from the tip of each one. If one gets broken off, it will still continue to emit electricity for approximately three hours. It feeds on seaweed, using its teeth to scrape it off rocks.