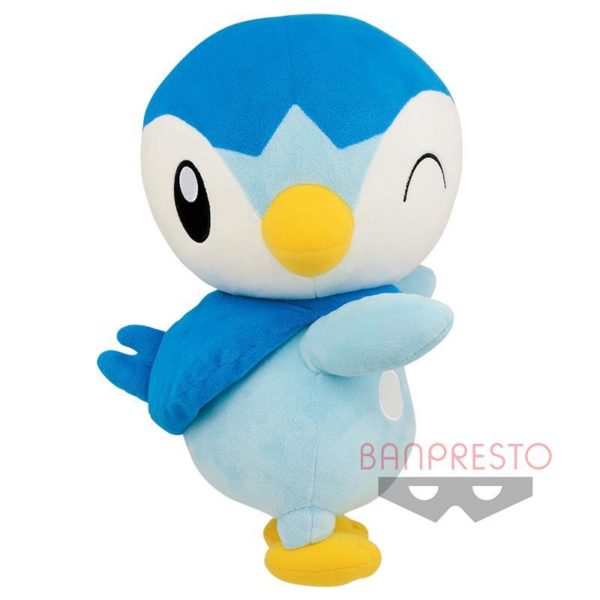 This jumbo-sized Piplup is open for hugs with this adorable new addition to the popular Hopepita Dekai plush lineup by Banpresto! This plush is a limited jumbo-sized version and is much larger than the majority of the plush available in this lineup.