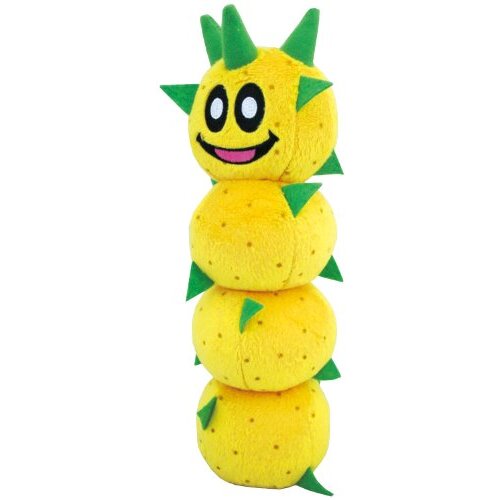 San-ei’s All Star Collection plush series features a beautifully detailed version of a Pokey! Some of the highest-quality officially licensed Nintendo plush on the market come from this lineup. Every plush is constructed out of super soft ‘minky’ fabric and weighted with beans to help them sit/pose.

Pokeys are cactus enemies that are typically composed of three to five spherical body segments. To defeat a Pokey, typically each body section must be destroyed; however, defeating the head usually kills the entire enemy. Pokeys, along with Ninjis, Shy Guys, Bob-ombs, and Birdo, originate from the non-Mario game Yume Kōjō: Doki Doki Panic, which later became Super Mario Bros. 2. Relatives of Pokeys appear in Super Mario World 2: Yoshi’s Island and Yoshi’s Island DS. Blow Hards, Cactus Jacks, and Spiked Fun Guys are all part of the Pokey family.