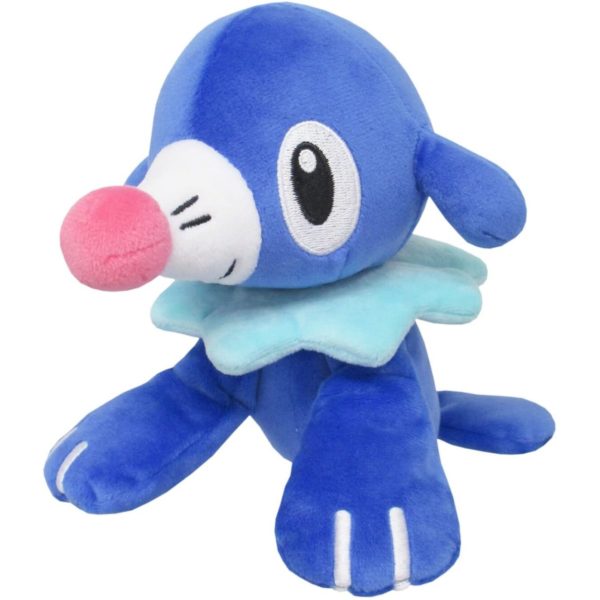 San-ei’s Pokémon All Star Collection plush series features a beautifully detailed version of Popplio! Some of the highest quality Pokémon plush on the market come from this lineup. Every plush is constructed out of super soft ‘minky’ fabric and weighted with beans to help them sit/pose.

Popplio is a pinniped Pokémon that is primarily blue. It has large eyes, a long, white snout with black whiskers, and round, pink nose. There is a small, rounded earflap on each side of its head. Around its neck is a light blue ruff, which extends past its shoulders. It has four flippers. The front flippers are larger than the hind, and have white markings separating its toes. Popplio is able to snort bubbles of water from its nose, which it uses as part of its battle strategy. On land, it uses the elasticity of its bubbles to perform acrobatic stunts and jumps. It practices daily with increasingly larger water bubbles. It can swim at 25 mph (40 km/h).