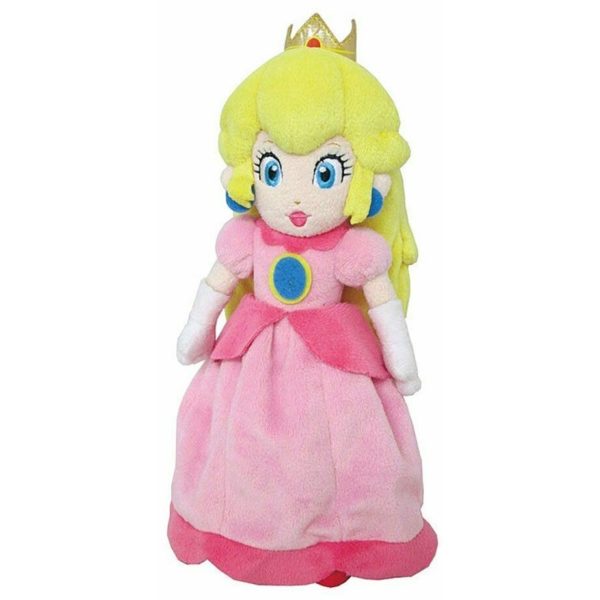 San-ei’s All Star Collection plush series features a beautifully detailed version of Princess Peach! Some of the highest-quality officially licensed Nintendo plush on the market come from this lineup. Every plush is constructed out of super soft ‘minky’ fabric and weighted with beans to help them sit/pose.

Princess Peach (casually Peach, usually known as Princess Toadstool outside of Japan prior to Super Mario 64) is a main character in the Mario franchise and the princess of the Mushroom Kingdom. Peach first appeared in Super Mario Bros. and was created by Shigeru Miyamoto to be the damsel-in-distress throughout most Mario games. She resides in her castle along with many Toads, who act as her loyal servants. Her kingdom is often attacked by the Koopa Troop, a group led by Bowser. She is the love interest of Mario. Peach has an affinity for the color pink, which accents her gentle personality and kind temperament. Peach’s gentle nature and role as the damsel are often represented with her heart abilities and crown emblem. Peach’s initial design was said to represent her stubborn yet cute appearance.