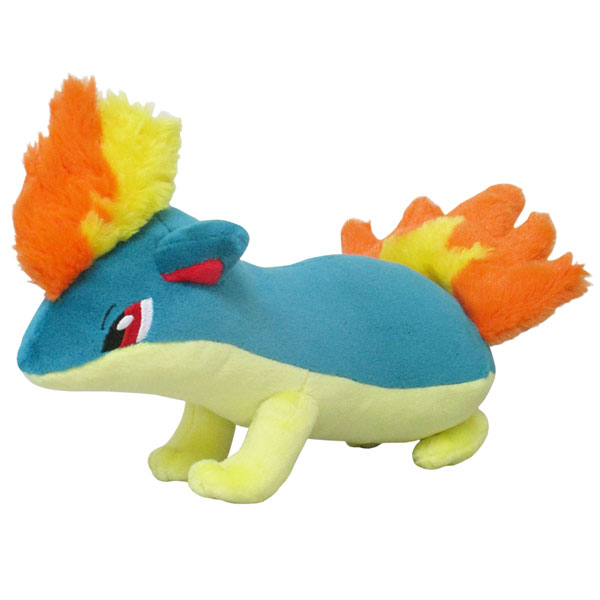 San-ei’s Pokémon All Star Collection plush series features a beautifully detailed version of Quilava! Some of the highest quality Pokémon plush on the market come from this lineup. Every plush is constructed out of super soft ‘minky’ fabric and weighted with beans to help them sit/pose.

Quilava is a quadrupedal Pokémon with a long, slender body. The top half of its body is a dark blue-green, while its underside is cream-colored. It has triangular ears with dark red interiors, a rounded snout, and triangular red eyes. Each of its paws has three toes. It has five red spots on its body that can project flames: two arranged vertically on its forehead and three lined up horizontally on its rear. Before a battle, Quilava turns its back so its flames face its opponent. It battles using these intense flames in combination with gusts of superheated air. Its own fur is non-flammable, which protects it from other fire attacks. Quilava tends to be rare in the wild, but can sometimes be found living on grasslands.