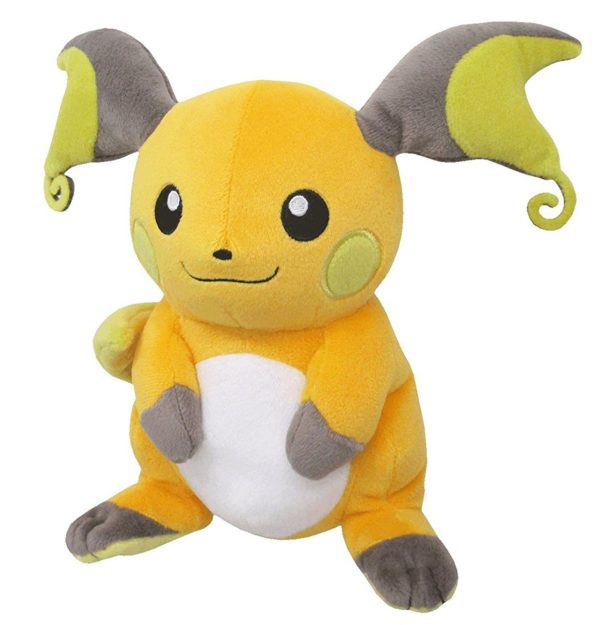 San-ei’s Pokémon All Star Collection plush series features a beautifully detailed version of Raichu! Some of the highest quality Pokémon plush on the market come from this lineup. Every plush is constructed out of super soft ‘minky’ fabric and weighted with beans to help them sit/pose.

Raichu is a bipedal, rodent-like Pokémon. Raichu is covered in dark orange fur with a white belly. Its bifurcated ears are brown on the outside, yellow on the insides, and end in a distinctive curl. There are circular yellow markings on its cheek where its electric sacs are, and it has a triangular, dark brown nose. Its arms and feet have patches of brown fur at the end, and the soles of its big feet are tan with a circular orange pad. On its back are two horizontal brown stripes. Its long, thin tail has a lightning bolt-shaped end. This lightning bolt is smaller on females. The tail is used to gather electricity from the atmosphere, or it can be planted in the ground to search for electricity. Its tail also serves to protect itself from its own power.