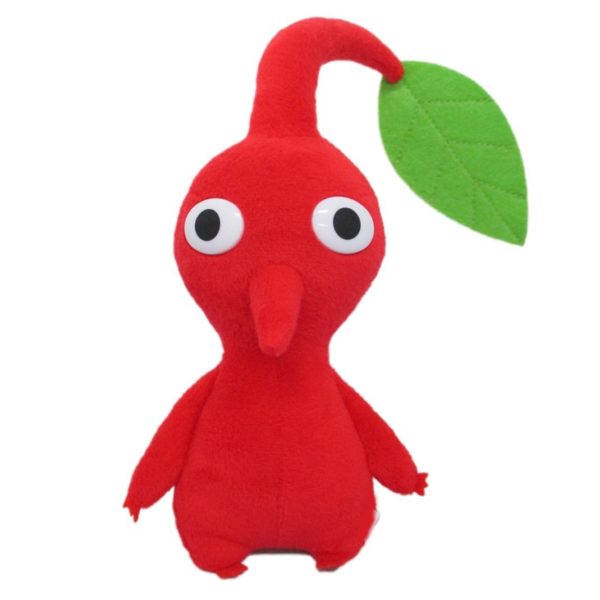 San-ei’s All Star Collection plush series features a beautifully detailed version of a Red Pikmin from the game Pikmin! Some of the highest-quality officially licensed Nintendo plush on the market come from this lineup. Every plush is constructed out of super soft ‘minky’ fabric and weighted with beans to help them sit/pose.

Red Pikmin are the first variety of Pikmin identified in the Pikmin games. Aside from their color, the distinguishing feature of Red Pikmin is their pointed noses. These Pikmin possess an immunity to fire, making them useful for fighting Fiery Bulblax and Fiery Blowhog and passing by or, in Pikmin 2, destroying fire geysers. In Super Smash Bros. Brawl, Red Pikmin can also use fire to attack their opponents. They spend nights in the Red Onion. Of the three Pikmin types in Pikmin, they have the most attack strength because of their thorn-like pointed noses. They are only bested by Purple Pikmin by their strong attack power in Pikmin 2, though their high strength is removed in 2-Player mode to make them equal to Player 2’s Blue Pikmin. As is shown in Pikmin 3, Red Pikmin can break down dirt walls faster than other Pikmin thanks to their higher attack power. A Red Pikmin is naturally stronger than a Rock Pikmin, but if a Rock Pikmin is thrown at a target, it deals more damage.