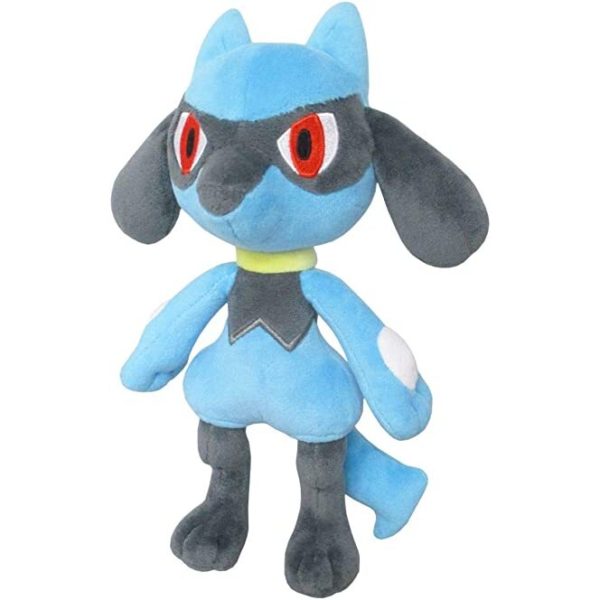 San-ei’s Pokémon All Star Collection plush series features a beautifully detailed version of Riolu! Some of the highest quality Pokémon plush on the market come from this lineup. Every plush is constructed out of super soft ‘minky’ fabric and weighted with beans to help them sit/pose.

Riolu is a small, blue, canine Pokémon. It has a black torso and legs, a blue tail, and a yellow collar. It has rounded bumps on the backs of its forepaws. It has a black “mask” and red eyes. It stands on its toes instead of its entire foot. It is sensitive to a special type of energy called Aura; however, It does not have the ability to fully use these powers, although it can still emanate these waves to communicate and sense them, albeit only in ripples. It has developed two black appendages that hang down from its head, which rise when Riolu reads or manipulates aura, a special energy that it senses. Like almost all Fighting-type Pokémon, Riolu naturally has superhuman strength, stamina, and endurance and is capable of making long journeys on foot in a short amount of time. It is a playful, energetic, and loyal Pokémon.