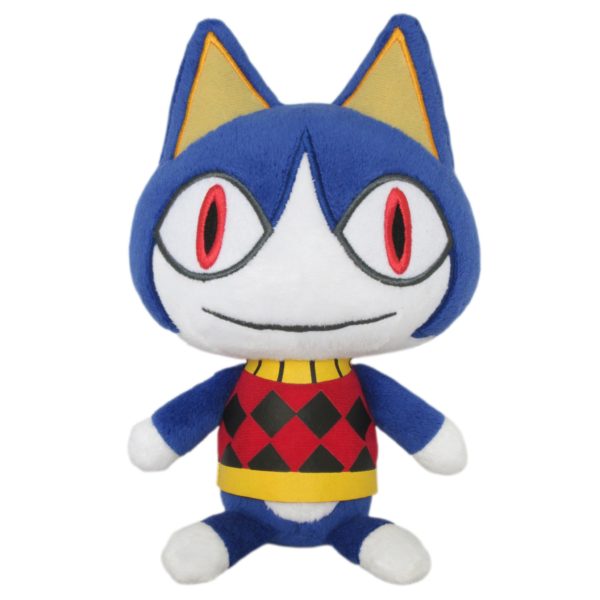 San-ei’s Animal Crossing plush series features a beautifully detailed version of Rover! Some of the highest-quality officially licensed Nintendo plush on the market come from this lineup. Every plush is well-constructed and typically weighted with beans to help them sit/pose.

Rover (みしらぬネコ, Mishiranu Neko meaning “Unknown/Strange Cat”) is a special character in the Animal Crossing series. His job varies in each game, but his original role was to set-up the playable character. Despite his name, which is usually connected with dogs, he is a cat, and is very friendly and hospitable towards the playable character and others. His name also references that he is a frequent traveler, traveling via train in Animal Forest to Animal Forest e+, via bus in City Folk, via train again in New Leaf, and via airplane in New Horizons.