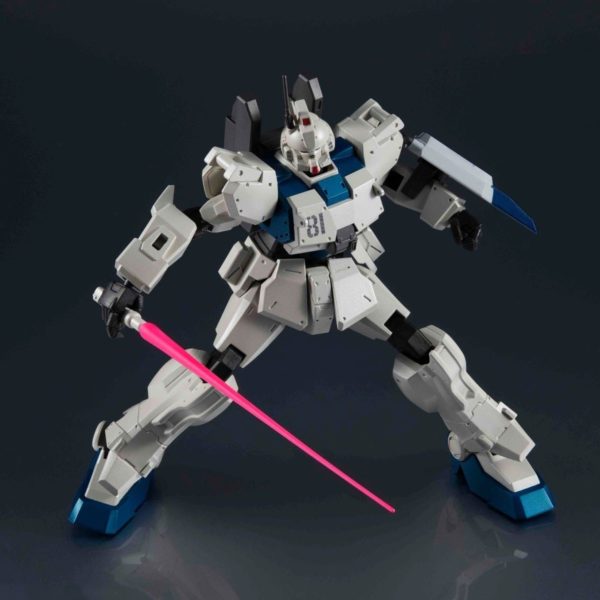 This variant of the Gundam Ground Type, built from spare parts, became well-known under the pilot Shiro Amada. This Gundam is part of the third wave of figures added to the popular and highly poseable Gundam Universe line, which was developed for North America, and is enjoyed all over the world. This figure of the Ez-8 immortalizes the classic mobile suit!