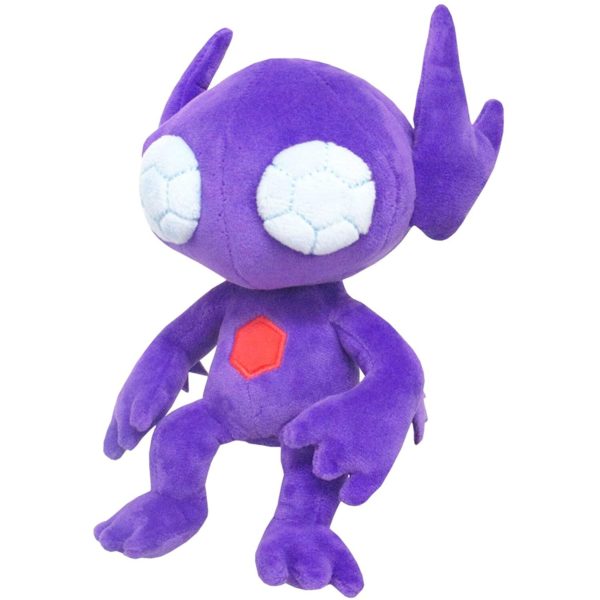 San-ei’s Pokémon All Star Collection plush series features a beautifully detailed version of Sableye! Some of the highest quality Pokémon plush on the market come from this lineup. Every plush is constructed out of super soft ‘minky’ fabric and weighted with beans to help them sit/pose.

Sableye is a bipedal Pokémon with a dark purple body, armed with sharp teeth and claws, which it uses to dig through soil. It has pale blue, gemstone-like eyes, which allow it to see in low light and sparkle in the dark. It also has a red gemstone on its chest, and its back has a blue and green gemstone as well as another red one. These gem-like eyes and adornments on its body are caused by its diet, which consists of rocks and raw gemstones. It also targets Carbink as prey, though they are usually taken by Gabite before Sableye can reach them. It is feared by people, since it is said to steal a person’s soul if they look into its eyes. It is nocturnal and is rarely seen. It lives in caves.