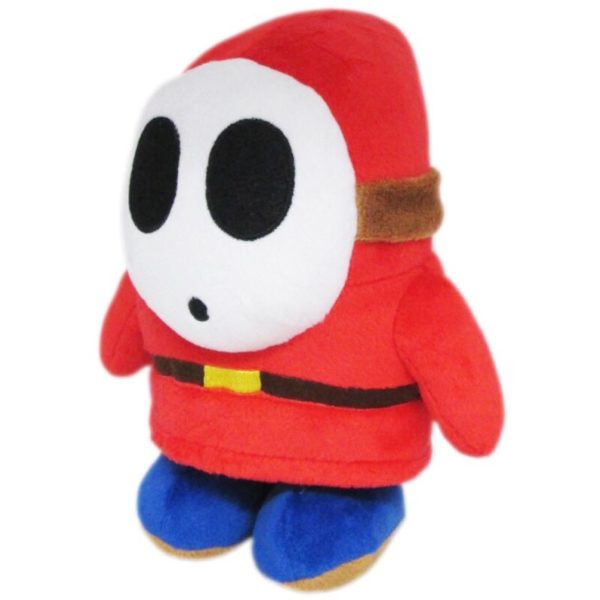 San-ei’s All Star Collection plush series features a beautifully detailed version of a Shy Guy! Some of the highest-quality officially licensed Nintendo plush on the market come from this lineup. Every plush is constructed out of super soft ‘minky’ fabric and weighted with beans to help them sit/pose.

Shy Guys (alternatively formatted as Shyguys, Shy-Guys, or ShyGuys) are common enemies in the Mario and Yoshi franchises. They are recognizable by their masks, which they wear due to their shyness. Shy Guys made their first appearance in Yume Kōjō: Doki Doki Panic, a non-Mario game; they were later carried over to the Mario universe when Super Mario Bros. 2 was created. Shy Guys are especially common in spinoff games, but are comparatively rare in the mainline Super Mario series.