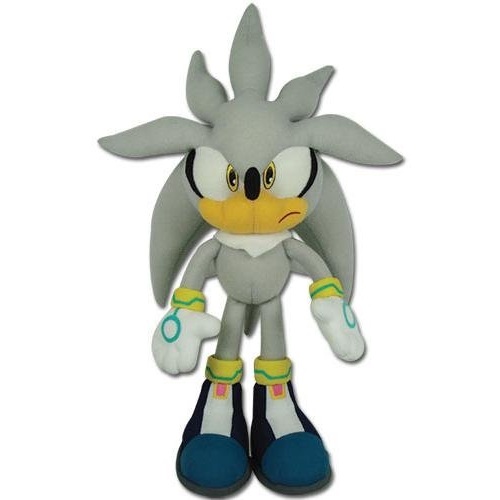 Change the future with your own hands with the help of the powerful Silver the Hedgehog in plush form!

Silver the Hedgehog is a fictional character in the Sonic the Hedgehog series. He is an anthropomorphic hedgehog hailing from two hundred years into the future where his role is to protect his time by changing the catastrophes of the past, thus preventing the ruining of his era. For his mission, Silver makes use of his psychokinesis, an ability from his time that is considered the norm, which allows him to move objects with the power of his mind. Silver is a kindhearted and well-meaning individual, driven by a strong sense of justice to right the wrongs of the past to uphold peace, though he is somewhat naive and immature. Despite the monumental tasks he may have on hand, he is an optimist and will do whatever is required to protect the world.