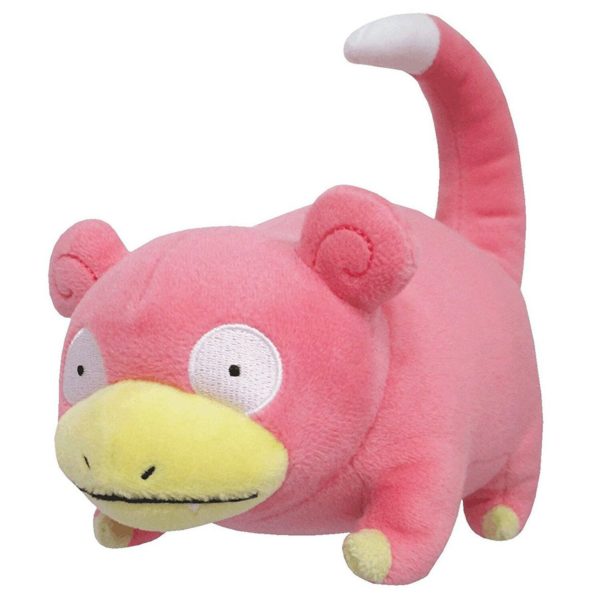 San-ei’s Pokémon All Star Collection plush series features a beautifully detailed version of Slowpoke! Some of the highest quality Pokémon plush on the market come from this lineup. Every plush is constructed out of super soft ‘minky’ fabric and weighted with beans to help them sit/pose.

Slowpoke is a pink Pokémon that resembles a cross between a salamander and a hippopotamus. It has vacant eyes that never seem focused, curled ears, and a rounded, tan muzzle. It has four legs, each of which ends in a single white claw. Its long, tapering tail has a white tip. This tail drips a sweet, sappy substance that is attractive to many species of fish. Slowpoke uses the tail as a fishing lure. The tail often breaks off, but it will grow back. In Alola, its tail is often dried and used in home cooked stews.