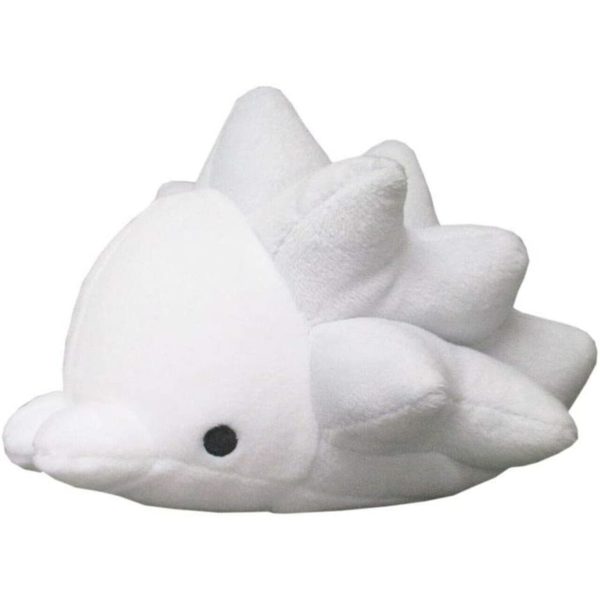 San-ei’s Pokémon All Star Collection plush series features a beautifully detailed version of Snom! Some of the highest quality Pokémon plush on the market come from this lineup. Every plush is constructed out of super soft ‘minky’ fabric and weighted with beans to help them sit/pose.

Snom is a small, larval Pokémon. Most of its round white body is covered by a translucent shell of icy spikes. Its exposed head features two black eyes and round mouthparts. Four short legs are located underneath its body. Snom anchors itself to branches with frigid thread it extrudes from its mouth to disguise itself as an icicle while sleeping. Snom consumes snow that has piled up on the ground. The more snow it consumes, the larger and more impressive the spikes on its back grow. As shown in Pokémon Camp, Snom are known to be voracious eaters, only being satisfied with heaping amounts of food.