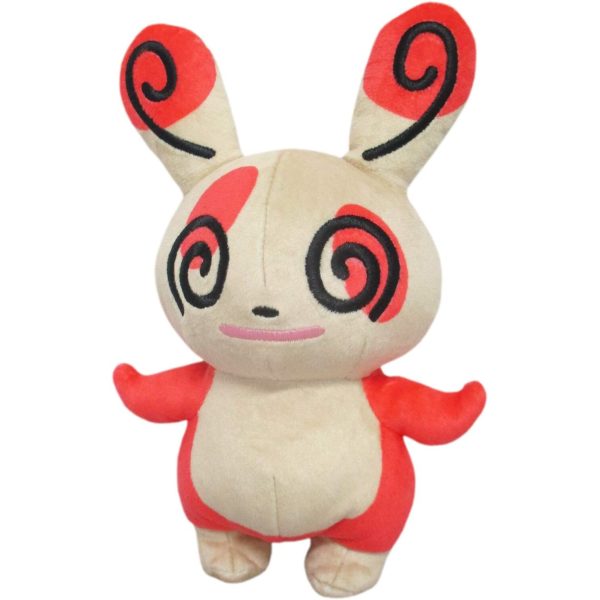 San-ei’s Pokémon All Star Collection plush series features a beautifully detailed version of Spinda! Some of the highest quality Pokémon plush on the market come from this lineup. Every plush is constructed out of super soft ‘minky’ fabric and weighted with beans to help them sit/pose.

Spinda is a bipedal, red panda Pokémon with rabbit-like features. Its eyes are made of two black spirals, which point in the opposite direction to each other. There is a similar swirling pattern on its ears. It has a small body with short stumpy arms and legs, and its coat is primarily cream-colored. Its arms are red and it has a red stripe bordering along the bottom of its belly, as well as two small spots on the soles of its feet. It has four spots, which can appear anywhere on its face and ears, with a fifth on the back of its head. These spot patterns are different for each and every Spinda. It has dizzying, confusing, and scattering dance-like movements, which can be used for its former signature move, Teeter Dance, though it thinks it is walking in a straight line. These movements confuse its opponents and make it difficult for them to aim at it. It lives in the mountains.