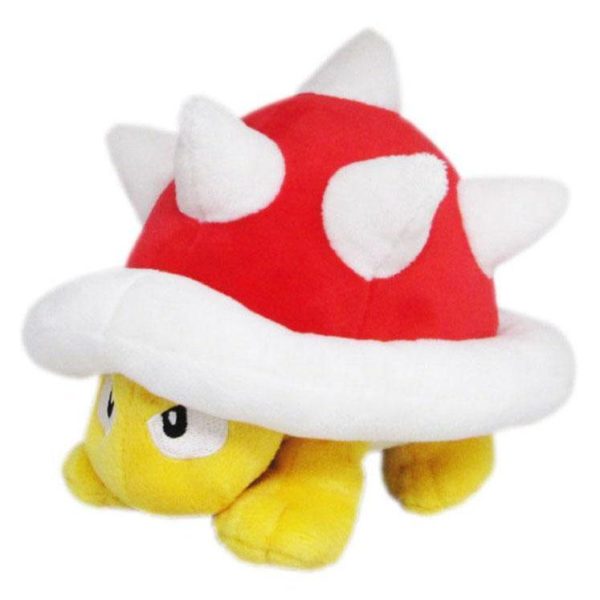 San-ei’s All Star Collection plush series features a beautifully detailed version of a Spiny! Some of the highest-quality officially licensed Nintendo plush on the market come from this lineup. Every plush is constructed out of super soft ‘minky’ fabric and weighted with beans to help them sit/pose.

Spinies are quadrupedal Koopas with a menacing look that first appeared in Super Mario Bros.. They are often thrown by Lakitus in unlimited supplies, but can also be naturally occurring. In Super Mario Bros., the only way the player can defeat them is to shoot a fireball at them, or run into them while being invincible from a Super Star. In a way, the Spiny is the polar opposite of the Buzzy Beetle; enemies who are impervious to fireballs, but vulnerable to jump attacks.