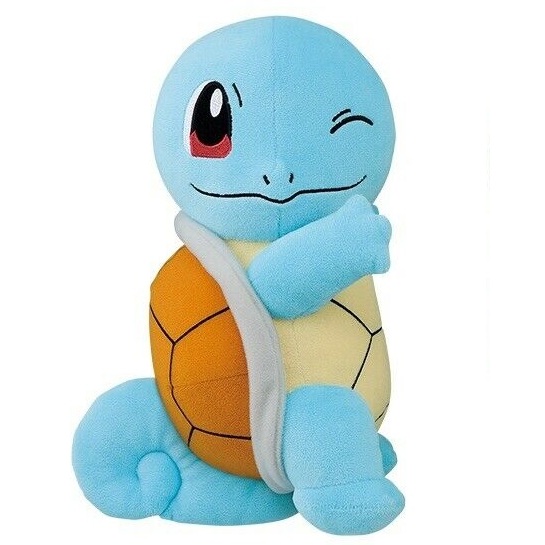 Squirtle is open for hugs with this adorable new addition to the popular Hopepita Dekai plush lineup by Banpresto!

Squirtle’s shell is a useful tool. It can withdraw into the shell for protection or to sleep. The grooved, rounded shape helps to reduce water resistance, allowing the Pokémon to swim at high speeds. Squirtle can spray foamy water from its mouth with great accuracy. Squirtle is scarce in the wild, although it can be found around small ponds and lakes. The anime has shown that it can be found living on secluded islands with other members of its evolutionary line. In the past, Skull Bash was its signature move.