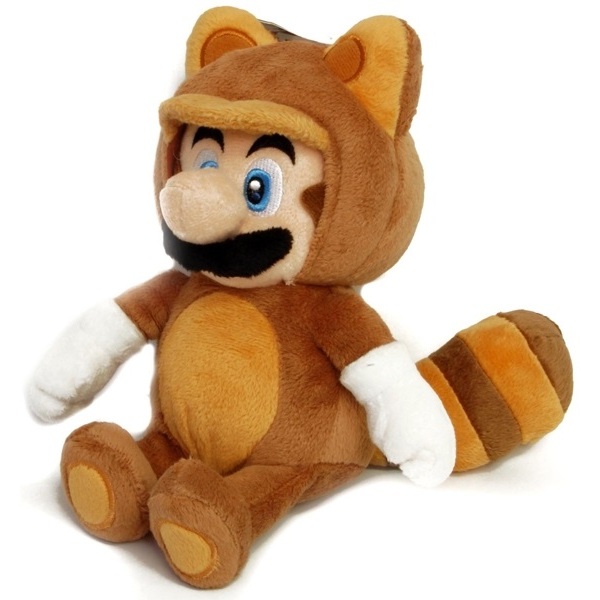 San-ei’s All Star Collection plush series features a beautifully detailed version of Tanooki Mario! Some of the highest-quality officially licensed Nintendo plush on the market come from this lineup. Every plush is constructed out of super soft ‘minky’ fabric and weighted with beans to help them sit/pose.

Tanooki Mario is a form of Mario or Luigi first appearing in Super Mario Bros. 3. The Mario Bros. use a Tanooki costume with a tail, that allow them to fly or attack spinning. Tanooki Mario makes a reappearance in Super Mario 3D Land for the Nintendo 3DS as the main power-up. In game, Mario becomes Tanooki Mario when he obtains a Super Leaf (since neither Raccoon Mario nor the Tanooki Suit appear in the game). In his Tanooki form, Mario can spin and use his tail to defeat enemies and destroy blocks lying over the ground. He can also glide by shaking his tail and so fall slowly. In Super Mario 3D Land, however, Tanooki Mario cannot fly. In this form, Mario can wall jump using only a corner.