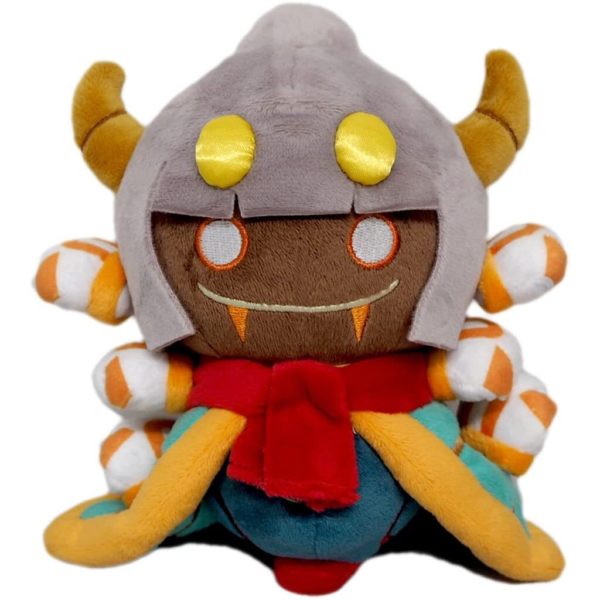 San-ei’s All Star Collection plush series features a beautifully detailed version of Taranza! Some of the highest-quality officially licensed Nintendo plush on the market come from this lineup. Every plush is constructed out of super soft ‘minky’ fabric and weighted with beans to help them sit/pose.

Taranza is a character in the Kirby series, debuting as the secondary antagonist of Kirby: Triple Deluxe, but would later become an ally. He is a spider-like magician and a former servant of Queen Sectonia. Taranza is shown to be very resourceful and cunning, as he often uses his magic to turn objects into monsters, control other beings, or simply agitate them and pin the blame on Kirby to stop him from getting in his way.