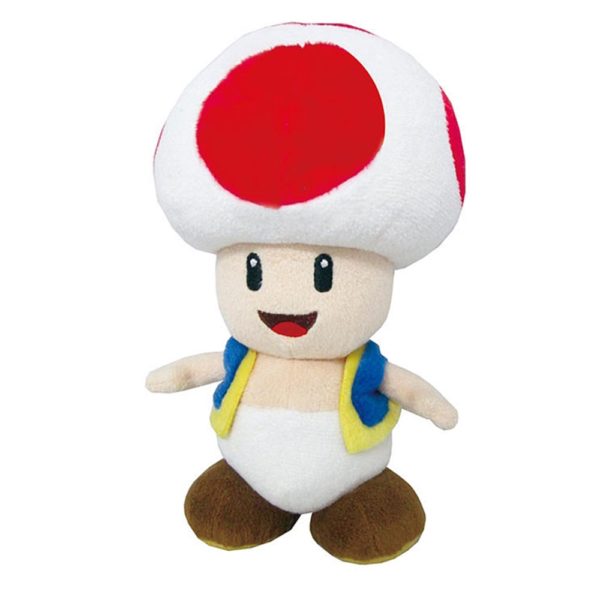 San-ei’s All Star Collection plush series features a beautifully detailed version of Toad! Some of the highest-quality officially licensed Nintendo plush on the market come from this lineup. Every plush is constructed out of super soft ‘minky’ fabric and weighted with beans to help them sit/pose.

Toad is a character who is Princess Peach’s attendant and a longtime protector of the Mushroom Kingdom. He is actually a singular character among an entire species of look-alikes (much like Yoshi is to the Yoshi species), leading to confusion over some of his appearances. He usually has the role of a supporting character who tries to help Mario and Luigi on their adventures, although he occasionally has been a main protagonist, such as in Super Mario Bros. 2, Super Mario 3D World, and his starring roles in Wario’s Woods and Kinopio Live. His role as Peach’s steward has sometimes instead been given to Toadsworth. Toad’s defining traits are his cartoonish and cutesy appearance, his optimism and humble, sometimes cowardly personality, and his characteristic smile and voice.