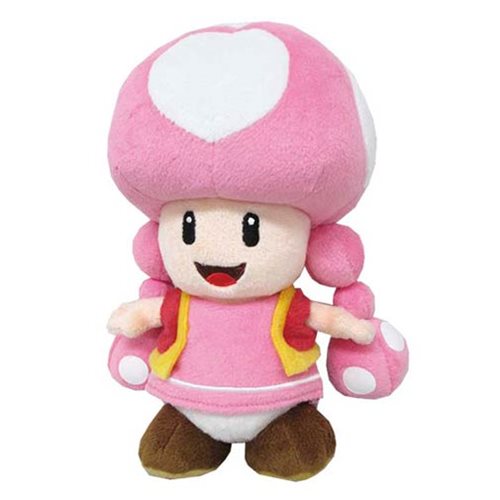 San-ei’s All Star Collection plush series features a beautifully detailed version of Toadette! Some of the highest-quality officially licensed Nintendo plush on the market come from this lineup. Every plush is constructed out of super soft ‘minky’ fabric and weighted with beans to help them sit/pose.

Toadette is a recurring Toad character in the Mario franchise. Originally introduced as a playable racing partner for Toad in Mario Kart: Double Dash!!, she has since appeared in other games as a playable character and has played supporting roles in several titles, and as a main character in Captain Toad: Treasure Tracker. While she has very similar traits to other characters, she is the most commonly recurring female Toad in the Mario franchise. Toadette has been shown to be on good terms with such characters as Princess Peach, Toad, Toadsworth, and Mario. Toadette’s defining traits are her bouncing pigtails, cheerful and energetic personality, and occasional bursts of creativity.