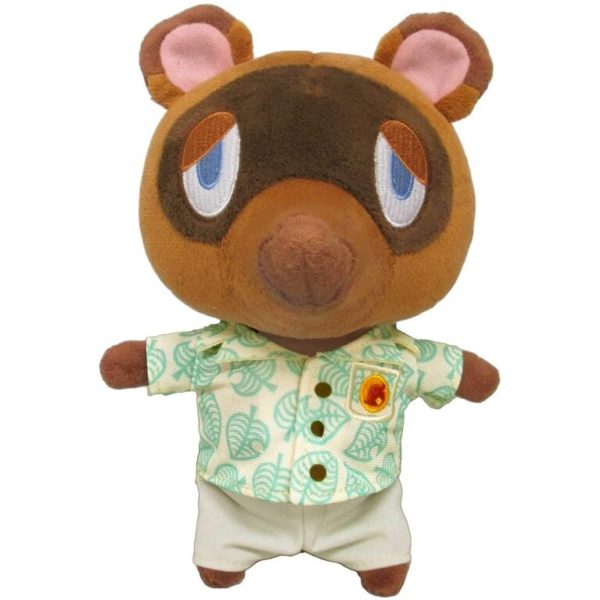 San-ei’s Animal Crossing plush series features a beautifully detailed version of Tom Nook stylized in his island attire from the Nintendo Switch hit Animal Crossing New Horizons! Some of the highest-quality officially licensed Nintendo plush on the market come from this lineup. Every plush is well-constructed and typically weighted with beans to help them sit/pose.

Tom Nook is a character who plays the most important role in all of the games. He is termed a raccoon in the western versions of the game but a tanuki in the Japanese version. In all games leading to New Leaf, he is the manager of the town shop. After the final expansion, Nookington’s, he will employ his “nephews” Timmy and Tommy, who work on the second floor in every Animal Crossing series game except Animal Crossing: New Leaf and New Horizons. In New Leaf, Nook has taken his interest in real estate to a whole new level, opening Nook’s Homes, whilst Timmy and Tommy run the town shop. In New Horizons, Nook acts as the head of Nook Incorporated. He acts as the leader on the island, acting as task giver and island upgrader.