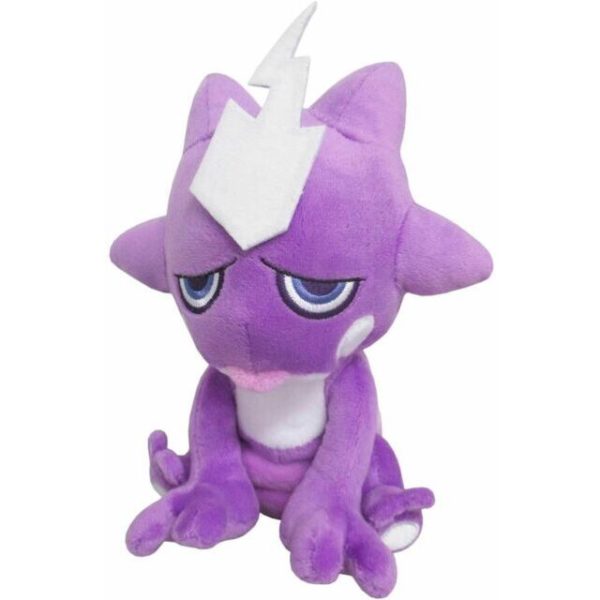 San-ei’s Pokémon All Star Collection plush series features a beautifully detailed version of Toxel! Some of the highest quality Pokémon plush on the market come from this lineup. Every plush is constructed out of super soft ‘minky’ fabric and weighted with beans to help them sit/pose.

The upper half of its body also has a small pale lavender-white spot on its chest, heavily resembling a baby’s bib. Its lower half is light purple with lines running down the sides, making the bottom half resemble a diaper, which entirely covers its short tapering tail. Its arms and legs have two stubby fingers and toes each with three spots on the bottom; one on each toe and one on the very bottom of its foot. Toxel also has two white spots on its back, just below its head. Toxel has a poison sac which it uses to store its poison and secretes the same poison through its skin. By manipulating the chemical makeup of this poison, it can produce electricity. Toxel relays the electric poison through its skin. While the voltage produced by this electrified poison is weak, it can cause a tingling paralysis if touched.