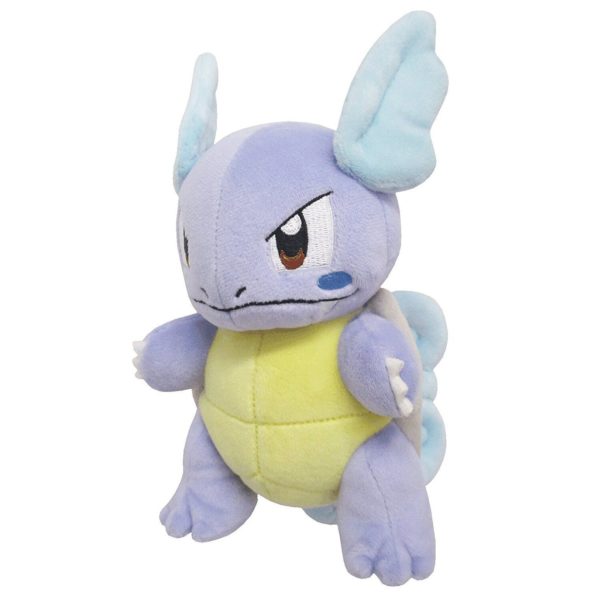 Wartortle is a bipedal, indigo Pokémon similar to a turtle. It has brown eyes, a dark blue streak on each cheek, and two sharp teeth protruding from its upper jaw. It has three clawed fingers and pointed toes. On each side of its head are feather-like ears covered in pale blue fur. A brown shell with a pale yellow underside encases its body. A thick, white rim separates the upper and lower halves of the shell. An older Wartortle may have scars and algae growing on its shell. Poking out of the bottom of the shell is a thick, wavy tail that also has light blue fur and cannot be fully withdrawn into its shell. Its tail fur will darken with age. Its tail is a popular symbol of longevity and good luck, making this Pokémon popular with the elderly.

Because they are larger than Squirtle and have a larger shell, Wartortle have a more difficult time walking on land and keeping their balance in the water. To maintain balance while swimming at high speeds, Wartortle moves its furry ears and tail as both rudders and balancing rods. Air can be stored in its fur for extended underwater diving. It hides in water when hunting and emerges to surprise its prey. The anime has shown that Wartortle can be found living in colonies on islands, but its preferred habitat seems to be freshwater ponds and lakes.