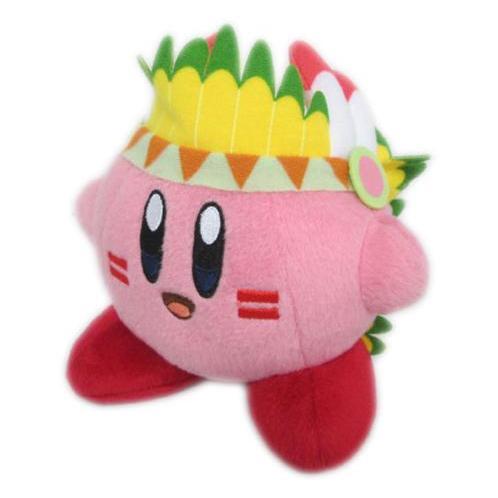 San-ei’s All Star Collection plush series features a beautifully detailed version of Wing Kirby! Some of the highest-quality officially licensed Nintendo plush on the market come from this lineup. Every plush is constructed out of super soft ‘minky’ fabric and weighted with beans to help them sit/pose.

Wing is one of Kirby’s Copy Abilities, debuting in Kirby Super Star. While Kirby has always had the ability to fly, Wing allows him to do so at a much faster rate. Wing specializes in strengthening Kirby’s in-air capabilities and long ranged attacks. Although attacks like Feather Gun can take on enemies from long distances, they still lack power. Wing has issues against bosses, especially in Kirby Super Star, as many of the moves are short-ranged and have laggy endings, usually resulting in being directly on top of the boss and taking damage. However, many of Wing’s moves have gained additional power and invincibility in Kirby’s Return to Dream Land, making it safer to use against bosses.