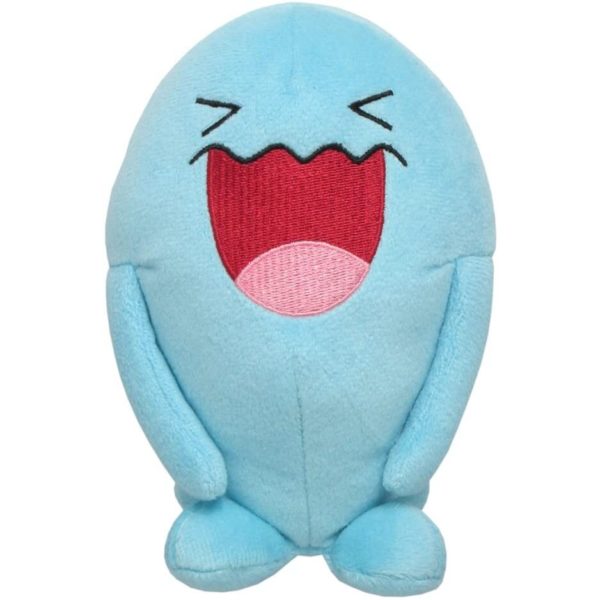 Wobbuffet is a tall, cyan Pokémon with a soft body. Its eyes usually appear scrunched, and it has a jagged upper lip. The female Wobbuffet has a red marking on its mouth that resembles lipstick, while the male does not. It has flat arms that are wider towards the tip and four stubby legs at the base of its body. There are two eyespots on its black tail. Its eyespots are revealed to be capable of blinking and looking around using its tail in the Pokémon Stadium series. Wobbuffet is very protective of its tail, to the point where it will suddenly turn uncharacteristically aggressive if the tail is attacked.

Wobbuffet is usually a docile Pokémon that will never attack first. However, when it is attacked, it will inflate its body and initiate a counter-strike. When two or more of this Pokémon meet, they will attempt to outlast each other in a battle of endurance. However, since neither is able to attack, they may compete to see which can last without food. Because of its overprotective nature regarding its tail and hatred of light, Wobbuffet lives in dark caves.