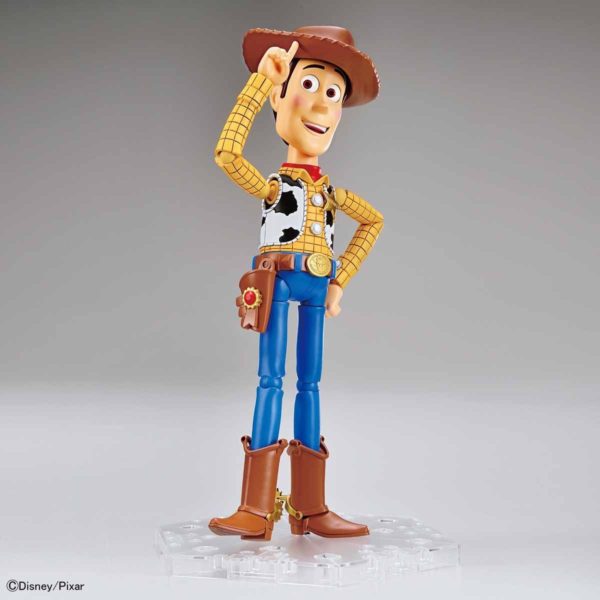 Build your own action figure of Woody from “Toy Story 4” with this awesome model kit from Bandai! Fully posable after assembly, he’s made with multilayer construction — stickers for the cowhide pattern on his vest are not needed, and the sheriff’s badge and shirt buttons are separate parts for added depth!  The pattern on his shirt is reproduced with molded-in lines. His eyes are movable, he has 4 sets of interchangeable hands, and he has foil stickers for the markings and a base for display. A sticker for Andy’s name or Bonnie’s name written on the underside of his right boot is included! Add him to your collection today, and don’t miss out on his pal Buzz Lightyear, too! Buzz Lightyear kit sold separately.