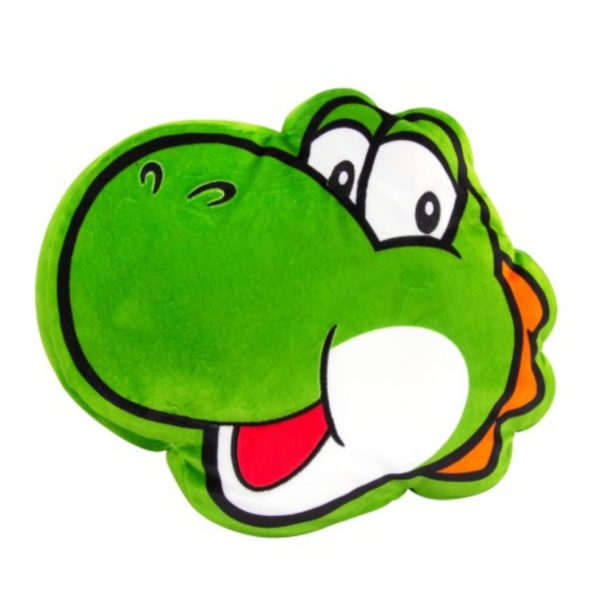 Help is on the way from your new best buddy— Super Mario’s Yoshi from Club Mocchi- Mocchi-! Designed in Japan, Mocchi- Mocchi- is super soft and huggable! Unlike other ordinary plush, it has a unique squishy texture and is super soft to touch. The Super Mario series features fan-favorite characters and items from the iconic Nintendo® games. Collect them all!

Yoshi is a green dinosaur who appears frequently through out as a main character in the Super Mario series. He is usually depicted as a Green Yoshi, but there are many alternate Yoshi colors, including Red, Pink, Yellow, Light Blue, Orange, Green, Blue, Purple, White, Black, and Brown.

Yoshi has his own series with several games that are either puzzle games or platformers, including Super Mario World 2: Yoshi’s Island and Yoshi Touch and Go. However, Yoshi does still appear quite frequently in the Super Mario series. The Yoshi series includes characters from the Mario series (usually in their baby forms) as well. He also appeared in many of the spin-off Mario games, such as the Mario Party series, the Smash Bros series, the Mario Kart series as well as in other various Mario sports titles, such as Mario Sports Mix.