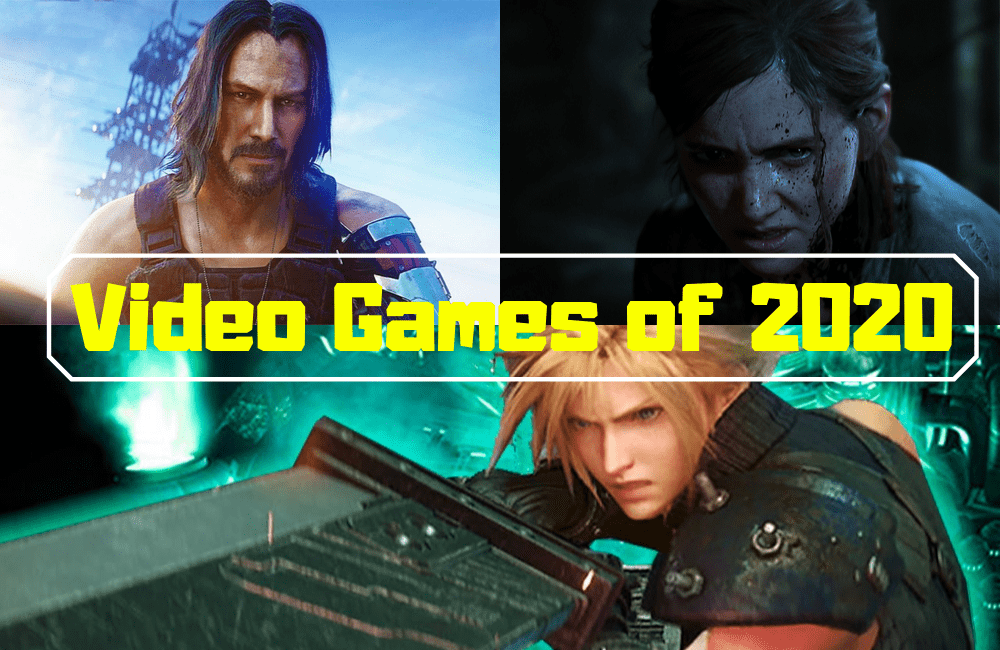 2020 is gearing up to give gamers everything they would ever want – revivals of treasured classics, continued stories of their current favorites, and Keanu Reeves (because who wouldn’t love that dude? He’s awesome).

With this comfort of familiarity comes an exhilarating rush of innovation. Microsoft and Sony are reinventing the consoles we know and love, while Google is working on something completely different with the announcement of the Google Stadia.

There’s more acclaimed titles, anticipated sequels, and bonafide masterpieces rumored to come out. However, they’re absent from this list because while we assume they’ll be out next year, there’s no confirmed date for their respective releases.

Here’s what you can be guaranteed to look forward to in 2020:

Instructions can be found in your Nook phone, a new feature in the game. You can use the phone to call other islanders for help and track your steps with the Nook Miles program, giving the game more progression than ever before.

Keeping players waiting since 2017 with their iPhone release, this new and equally cute release is welcomed warmly back to console gaming.

The first week of March will be a big one for nostalgia. Recreations of this 1997 RPG were first announced nearly 5 years ago at E3 2015. It will be released in instalments, the first taking place entirely in the capital city of Midgar.

The game will differ quite a bit from the original, which was the franchise’s highest-grossing release with 11 million units sold. Story points are influenced by player decisions. The turn-based combat system has been changed to include real-time elements.

Expectations for this remake are through the roof, and with critic rating scores nearing a perfect 10, the remake has much to live up to.

It’s been a long time coming for this reboot, with the last game having been released in 2015. What makes this release all the more exciting is it will be one of the latest Xbox Scarlett’s launch titles. Focusing on the Master Chief’s storyline, it will continue his saga from Halo 5.

343 Industries’ head, Bonnie Ross, referred boldly to the game as a “spiritual reboot” in an interview with IGN, indicating the game could be reminiscent of its earlier instalments.

“There has been a lot of introspective time to really reflect on what [we have] done as 343,” said Ross. “Where have we made mistakes? Where have we hit it right? What does Halo mean to all of us?”

These are some big questions that will soon be answered in this much-anticipated release.

One of the greater cinematic achievements in gaming is back for round 2. Sure the ending of the first game was pretty conclusive, but with so many critics regarding ‘The Last Of Us’ as a masterpiece, the reboot is no surprise – and we certainly aren’t mad about it.

This time around, the gameplay is more ambitious than ever. Developers have made the story, environment, and infected enemies more responsive to further realize an already stunning world. For example, some infected are now able to emmit noxious clouds of acid that the player may have the option to burn and use to their advantage. All of the improvements mean that the game will now be delivered on two discs and that players will have more options for survival than ever before.

While we wished this came out in 2019 as previously rumored, the emotional intensity and dramatic storyline this game promises seems to be worth the wait.

From those responsible for ‘Assasin’s Creed Odyssey,’ this storybook adventure is reminiscent of Zelda in its style and differs from both completely in its storyline.

Full of epic quests and battles, you’ll roam free in a lovely fantasy landscape where mythological gods aren’t your only foes. Ultimately you’ll have to fight Typhon, a grisly monster with hundreds of dragon heads from Greek mythology.

While ‘Assasin’s Creed’ started strong, critics called the latest installment stale. Seeing the crew inject that creativity into a completely different world will be wonderful.

People have been talking about this game ever since Keanu Reeves himself delivered the release date at this year’s E3 conference. Lo and behold he’s actually the star of the anticipated game from CD Projekt RED.

The first-person shooter RPG has a few different modes. The “hardcore mode” allows players to challenge themselves by removing the UI from the screen or unlock the New Game Plus when your first go-around is done for some bonus aspects.

The game is fast-past and angsty, tonally spoken in new song from the fictional band of Reeve’s character Johnny Silverhand. “Excellent,” as Ted Logan would say.