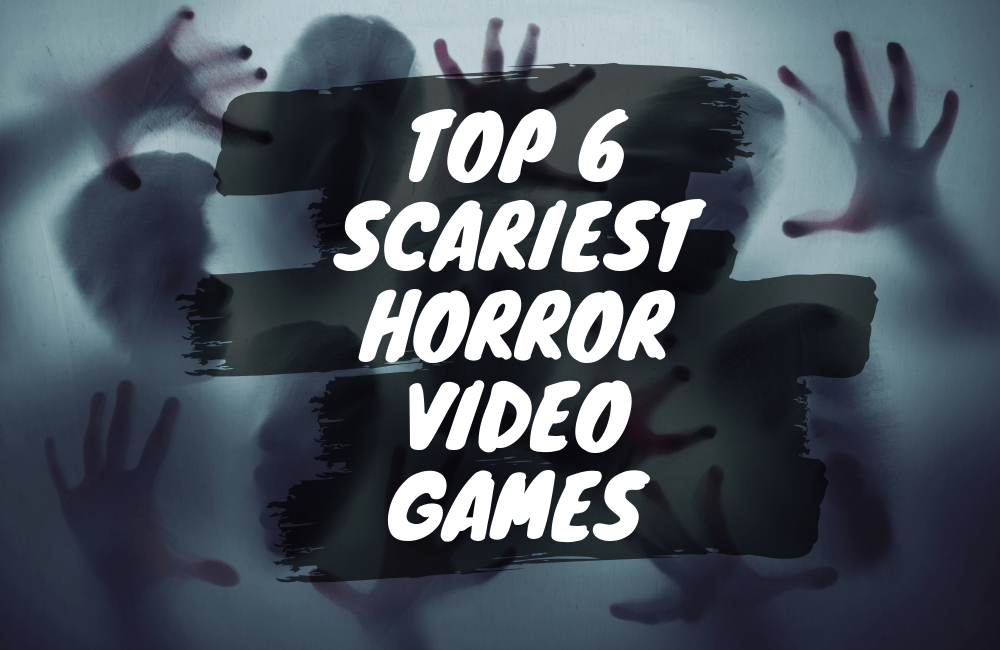 With Halloween looming not too far off, we’ve been thinking about the scariest video games we’ve ever played. Horror video games is one genre that has become frighteningly good as graphics have evolved so you can imagine that we have some great options not only on this list but in our store as well. Here are 5 of the best and scariest horror video games on the market.

We couldn’t decide whether to start off with a bang or end with the best so here we are reserving the coveted spot #1 for what is definitely the scariest game on this list and probably in the industry. If you played the original Outlast, you might have been a little bothered by the fact that your character’s only capabilities in the game were to run and hide from your attackers. Outlast 2 is so scary it’ll have you cowering in a corner after playing it because of the constant feelings of vulnerability and helplessness; there’s no action, there’s no humor, and there’s no respite which some gamers, probably those reading this article, will love while others will deem it unplayable and will avoid it at all costs.

At the onset of the game, Journalist Blake Langermann and his wife, Lynn, go off to a remote part of Arizona trailing a story of a pregnant woman’s body that was found on the side of the road with an unknown cause of death. What starts as an investigation turns into a fight for survival as they attract the attention of a vicious backwoods group and a sex-crazed cult. Just like with its predecessor, Outlast 2 doesn’t allow you to defend yourself so your hiding and running skills have to be top-notch in order to keep Blake from suffering a brutal death. With a gripping storyline, a mixture of survival horror and psychological horror, and navigating through a horrifying scene with even more horrifying people, let’s just say Outlast 2 is not for squeamish gamers.

Resident Evil is one of the most popular series of survival horror games with some of the scariest moments you’ll come across in gaming.

Resident Evil 2 begins just as its ancestor did: Leon Kennedy, a Rookie cop, and Claire Redfield, a college student, meet in Raccoon City as the unlikely pair are united by a chance encounter but then quickly separated by a terrible accident. Following these events is a fight for survival as both Claire and Leon do everything they can to escape the city alive.

The game’s main setting is a police station which you might think would be a place of refuge for the duo, stockpiled with weapons and survival gear, making it the perfect place to be trapped during a zombie apocalypse. But, as this is a horror video game, things could not be that easy: the whole police force is either dead or zombified, there are no weapons or supplies, and the police station is covered in blood and filled with corpses, corpses that could be either dead or reanimated.

The great thing about Resident Evil 2 is that it can be played multiple times because the creator of the game, Capcom, created distinct scenarios for Claire and Leon with different monsters, battles, and storylines. You’ll have to fight your way through a seemingly endless sea of zombies who want nothing more than to kill you and disturbingly mutated creatures in search of Claire’s brother and a way out of the city.

Eternal Darkness: Sanity’s Requiem is a psychological thriller that spent years in the development phase to bring gamers an experience where they travel through time and challenges through a dozen different characters. If you’re looking for a game that you can jump into and out of, this is not that game as it is a long journey filled with unexpected surprises and scares, and quite the sense of accomplishment when you’ve completed it all.

The storyline follows Alexandra Roivas who finds out that her grandfather’s body was found in a dark mansion, bloodied, torn apart, and headless. When she finds out that the police have no clues into the murderer, she takes matters into her own hands.

But there’s something you should know: the quests spans a period of 20 centuries and you’ll take on the role of 12 different players through the ages, from a Roman Centurion to a priest.

Sounds fine, right? No fear there…Mmm, not so fast. This game plays on your sanity with hallucinations playing a major role throughout the game but if your sanity bar drops too low, very strange things will happen. So, we’ll leave that there and say it’s definitely a must-play.

Amnesia: The Dark Descent is a survival horror that will have you questioning your own sanity as you guide the protagonist, Daniel, through Brennenburg Castle in 19th century Prussia. As you might have guessed from the title, Daniel has a case of amnesia and the only clues you get as to how he made it to this castle in this condition is a letter that he wrote himself. This letter makes a few things clear: Daniel’s amnesia is self-inflicted, he is being followed by a shadow, and he must find Alexander of the castle and murder him.

And so you must explore the dark halls of the castle without a shred of memory as to what you’re doing here, how you’re involved with him, why you’re there to murder him, and what exactly is following you around. The tricky part – as if all of this isn’t tricky enough – is that there is no way to fight the enemies in the game; just like in Outlast, your only gameplay mechanisms are to run and hide. It might sound like just a maniacal game of hide and seek but trust us when we say you’ll want to complete the game to recover both Daniel and your peace of mind.

Layers of Fear is a bit different from the others on this list because it’s a psychological horror that messes with your head in ways more vexing than any undead humans can. With unsettling imagery and elements that constantly have you questioning your sanity and your senses, this game is really quite artfully done.

This eerie tale, set in the 1920s, is one of a struggling artist (but not in the way you might think) who’s clearly on the verge of a psychotic break after the loss of his wife. He begins working on his magnum opus but his work turns increasingly dark and demented along his cycle of mental deterioration. Ok, we’re not going to ruin the surprises from the game, just trust us when we say you’re in for a real scare.

While Silent Hill doesn’t reinvent the wheel or transform the horror video game genre, it tells a dang good story and keeps you on your own till the game ends.

Players interact as James Sunderland, a man who was once happily married but whose wife died three years ago from a terrible disease. James has not been able to pull it together ever since. Then he receives a letter signed by his dead wife Mary pleading for him to meet her in the town of Silent Hill. As you can imagine, James drives straight there defying all logic that tells him to do otherwise.

You’re guaranteed a good scare with the whole Silent Hill series but Silent Hill 2 stands out to us because of the psychological distress it inflicts on the players with grotesque imagery of the monsters that inhabit the town in addition to his own personal demons. It’s full of surrealistic horror that’s just unnerving enough to reflect your subconscious fears and keep this game a classic.