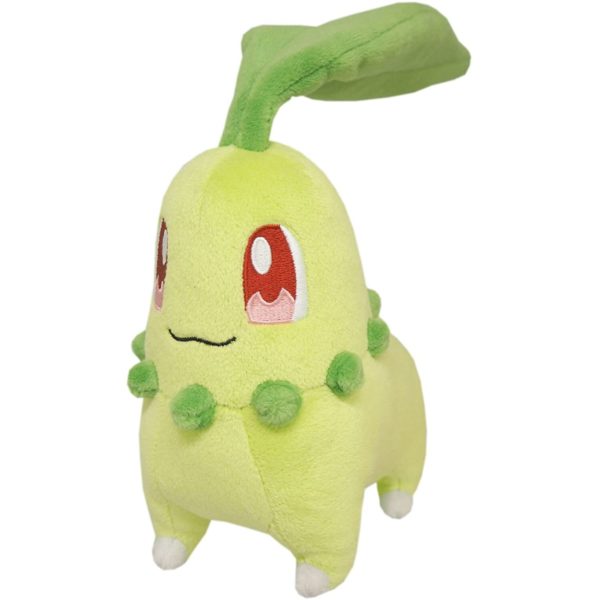 San-ei’s Pokémon All Star Collection plush series features a beautifully detailed version of Chikorita! Some of the highest quality Pokémon plush on the market come from this lineup. Every plush is constructed out of super soft ‘minky’ fabric and weighted with beans to help them sit/pose.

Chikorita is a small, pale green Pokémon with dark green buds around its neck. Its head is large in proportion to the rest of its body, and it has big red eyes. It has four short legs with a single nailed toe on each and a stubby tail. On top of its head is a large, green leaf that is usually longer than its body. A soothing aroma wafts from the leaf, which can calm battling Pokémon. The leaf is also used to sense temperature and humidity. Chikorita actively seeks out and enjoys the sun’s warmth. Chikorita can be found in grasslands. However, due to its status as a starter Pokémon, a wild Chikorita is hard to come by and it is generally found under the ownership of Trainers. Chikorita has a docile nature.