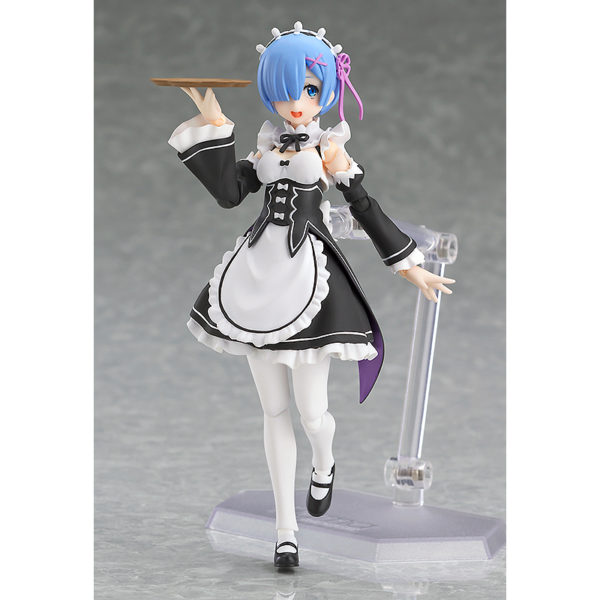 From the anime series “Re:ZERO -Starting Life in Another World-” comes a figma of the younger of the maids working at the Roswaal mansion – Rem!

She comes with three expressions including a blank face, a cute smile as well as a grinning expression in demon form. Optional parts include a tray, alternate hair parts for her demon form as well as her morning star. The morning star comes in both a static form for action poses as well as a second form with a real chain. Hand parts that allow her to hold hands with figma Ram (sold separately) are also included. Be sure to display the twins together!